There are various options open to player who takes the free-kick. The ball can be struck directly at the goal with force, chipped, curved or passed to a teammate.

Fitness levels of footballers have consistently grown in the last few decades. On an average, players covered a distance of just over 7 km during the 1970s. It is almost twice that level now with several midfielders now easily going past the 12 km mark per match. This means better defending since the players are likely to get back much better more than before.

This has resulted in teams looking to find new ways of scoring more goals. Free kicks appear to be one of them, as they are starting to play an ever increasing role in football. It is not surprising that Betfair places Cristiano Ronaldo, one of the best free kick takers in recent times, as the overwhelming favourite to finish as the top scorer in the Spanish league for the 2014/15 season at odds of 1/20.

It can be argued that one of the reasons for the increased number of free kick goals is the sheer variety that goalkeepers and, to a certain extent, the walls that defend him have to deal with nowadays.

Ronaldo has one of the styles that many have found it difficult to replicate. His unusual way of hitting the ball at a sweet spot results in topspin, which can prove very difficult to deal especially in windy situations. It is not surprising to know that Ronaldo lead the way in terms of free kick league goals in 2013. He finished that calendar year with five, which was one better than what Andrea Pirlo and Yaya Touré could manage.

Manchester City’s midfield powerhouse Yaya Touré has shown in recent years that he has an eye for goal, especially from free kicks. He was in the shadows of Ronaldinho and, later, Lionel Messi when it comes to fighting for the right to take free kicks at Barcelona. Free from those shadows at Manchester City, he has been doing extremely well. Toure’s free kick style is a throwback to the old days when it used to be all about curving the ball with a sweet side foot.

Since it is much easier than Ronaldo’s unique technique, Touré hada much better conversion rate of more than 60% in 2013. Ronaldo may wow the opposition and the fans with some magnificent free kicks, but his conversion rate was significantly lower at just over 10%.

One of the best free kick takers of all-time is former Manchester United and Real Madrid star David Beckham. He may have been known for changing his hair styles often, but there was little to change in the iconic free kick taking abilities of the former England international. His ability to curve the ball around the wall and into the net have produced some magical moments, while it was single-handedly responsible for getting England into the 2002 World Cup finals.

The wall plays a mighty role in preventing goals from a free kick situation. Despite having some of the tallest players on the pitch into the wall, players often have a tendency to jump in order to gain a height advantage just as the ball is being struck. However, there have been some intelligent players to spot that this jump leaves a clear path to goal, albeit a very small one, below the wall. Former Barcelona superstar Ronaldinho was one of such players with an uncanny ability to spot this more often than not. His goals against the likes of Santos and Werder Bremen have defied the traditional norms of free kicks, as he found a way past the wall in a rather different fashion.

It is not surprising that teams with players capable of opening the scoring through such dead ball situations are favoured by bookmakers. Portugal take on Argentina at Old Trafford in a friendly on Wednesday. Despite a disappointing World Cup 2014, Betfair offers odds of 3/1 for the European team to win against the South Americans.

Aside from the certainties of free kicks, there have been some out of the blue goals that have stunned the world in the past. Amongst them is a goal from former Brazil defender Roberto Carlos, whose legendary free kick against France in 1997 still continues to rage a debate.

The history of football has seen many great players. But only a few are true legends 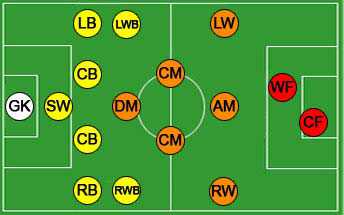 Football positions are as varied as the skills of players and the tactics of the game. Find out which spot you belong. Explore the strategies and tactics of old football formations. 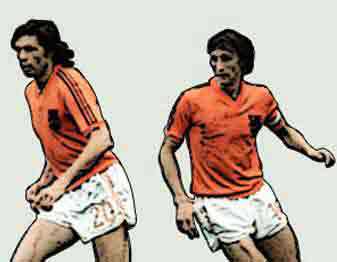 find out how Total football was played and what made it a successful strategy. 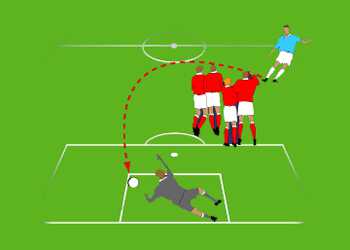 Learn more about the two types of free kick in football.