UEFA threatens to disqualify England and Russia from the tournament

The Euro 2016 Championships was meant to be a celebration of European football, but have instead been marred by a resurgent form of football hooliganism. Ahead of the much anticipated Group B match in Marseilles between Russia and England, both Russian and English fans became embroiled in some of the most violent football clashes not seen since the 1980s.

French riot police tried their best to disperse the offenders from the streets of Marseilles, but were ill prepared for the subsequent attack by a hardened Russian hooligan group, known as the 'ultras', within the Marseilles stadium during the Russia/England match itself. The violence was so severe that many were left injured and hospitalised, of which some were reported to have been in a 'critical' condition.

How the attack started?

Accounts suggest that prior to the Russia/England match, Russian fans purposely went out of their way to locate and attack England fans on the streets and plazas of Marseilles. When the Russian fans attacked, many England fans were ill prepared for the violence having enjoyed drinks and the local atmosphere in many of Marseille's bars and restaurants. As such many restaurants and bars became the de facto battleground for the violent clashes, with chairs, glass bottles and parasols being used as weapons. It was reported that many Russian fans were 'tooled up' for the violence with many sporting gum shields, martial arts gloves and helmets.

The violence became so severe that French Riot Police stepped in with tear gas and water cannon, while at the same time many French fans/nationals became embroiled in the violence. Eventually order was temporarily restored on the streets of Marseilles in time for the highly anticipated Group B match between Russia and England.

Once the match kicked off however, the French authorities made the catastrophic error of not segregating England and Russia fans, particularly in light of the recent hooliganism that had reared its ugly head just meters from the stadium perimeter. While the match mostly went along without any issues, in the final minutes Russia fans let off flares within the stadium as 150 hard-line Russian hooligans, known as the 'Russian Ultras', proceeded to charge and viciously attack unsuspecting England fans. The result was shockingly recorded on camera with the footage clearly showing many defenceless England fans being beaten by groups of 'tooled up' hooligans, and many others trying to escape the onslaught by jumping over fences and falling at a dangerous height from the stands.

It later emerged that the French authorities had not identified the presence of the hardened 'Russian Ultras' until after the attack had happened, mistaking it for a similar clash as seen on the streets of Marseilles. While dozens of Russia and England fans were injured as a result of the clashes, an estimated 35 were seriously injured, 16 were hospitalised and 2 were said to have been in a 'critical condition' with one England fan suffering a suspected heart attack.

What is the outcome?

The immediate outcome of the clashes was increased police surveillance across all Euro 2016 venues and a pledge by the French authorities to ban alcohol close to stadiums and venues ahead of any Euro 2016 match. British police 'spotters' were also pledged by the UK government to try and spot potential trouble makers before they had the chance to incite violent public disorder. One England fan was given a five year football ban upon his return to the UK, while six England fans were found guilty of public disorder, jailed and banned from France for two full years. In addition two Russian nationals were expelled from France.

Another outcome of the clashes was widespread criticism about the lack of a coherent strategic plan on the part of the French authorities and police in relation to preventing the violence in the first place. Also many England fans have commented upon the discriminate approach of French riot police in targeting England fans as opposed to Russia fans, although the French authorities and police have strongly denied this.

What are the sanctions?

Both England and Russia have been threatened with disqualification from the Euro Championships 2016 if their respective fans continue to commit any acts of violent disorder. Unlike England however, Russia has been found to have been more responsible for the violent clashes resulting in Russia being fined 150,000 euros specifically for the disorder caused by the 'Russian Ultras' at the Russia/England game. UEFA has also issued a formal warning to Russia that it runs the risk of being kicked out of the Euro Championships altogether if its fans continue to commit acts of violence particularly within a stadium. 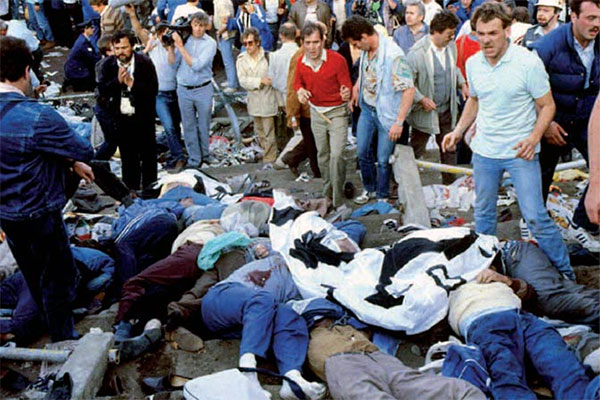 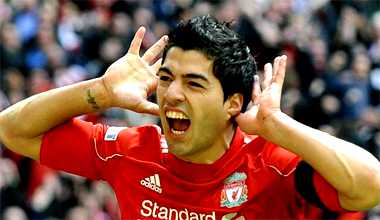 These players have their reputation at stake through their aggressive acts inside and outside the football field. Know what made them infamous.

get a better understanding of football in Norway.

get a better understanding of football in Romania thru this helpful guide.